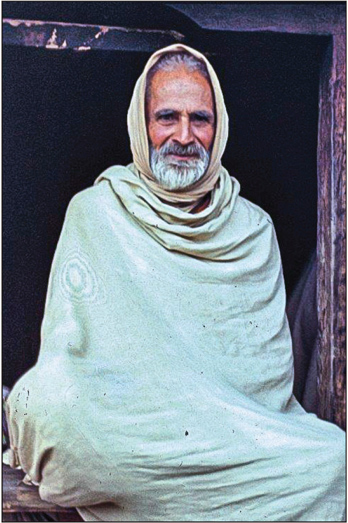 Originally a doctor, he meditated for 50 years in Nepal’s icy, isolated Himalayan foothills

KHAPTAD BABA (1880-1996), IF HE were still around, would have loved the fact that few people know of him today. He cherished solitude and anonymity, which is was why he chose to live in Khaptad, a wilderness in the Himalayan foothills of west Nepal. The area is 460 miles by road, then two days walk from Kathmandu—but it feels separated by centuries, not miles, from the rest of Nepal.

Baba’s solitary hut was the only building in the 87-square-mile realm until 1984, when it was declared a national park. The Nepal Army stationed a platoon there to protect its animals, which include the musk deer, a quarry coveted by poachers for its musk pod. It is a prized trekker’s destination in summer, but only soldiers now live in Khaptad year-round.

It’s not hard to imagine what it must have been like some 70 years ago, when Khaptad Baba, returning from a pilgrimage to Manasarovar Lake in Tibet, first arrived around age 60. Khaptad’s remoteness and its long, harsh winters guaranteed solitude, which was vital to Baba’s goal of finding Ultimate Truth.

Living here for five decades, Khaptad Baba surfaced periodically with his haul of wisdom after long, exploratory dives in the spiritual sea. He then poured his accumulated wisdom into his numerous books. A versatile writer born in Kashmir and educated as a doctor, he expounded on a multitude of subjects such as meditation, rectitude, health, theology, and spirituality. He wrote in Urdu, Hindi, and English. The Science of Yoga is his best-selling work.

He loathed preaching and never spoke into a microphone. The classic ascetic, he always shunned attention and fame. Though he lived in seclusion, Khaptad wasn’t aloof from the world around him. His mind may have been shut to external worldly distractions, but his heart was always open to the needy. For the people from the neighboring villages, he was the country doctor, and his hermitage their sole source of medicines. Those who came to him seeking a cure for their ailments were administered medicines from his vast collection of unmarked pouches. Implicitly by concocting medicines from the forests of Khaptad and using them to cure the locals, and explicitly through the many volumes he wrote, he expounded nature’s curative powers. Even all those decades ago, Khaptad Baba was calling for a “back to nature” approach in medication.

A remote life: His hermitage during a harsh Himalayan winter.

Those who knew Baba remember him as cheerful, amiable and humble. He loved debating and would always entertain questions, except on matters of his past or age. His specialty was in explaining complex topics in a way that could be readily understood. In his company wisdom wasn’t a goal; it was more often a by-product. “In the company of Khaptad Baba I learned about enlightenment in two years. If I were taught by an erudite brahmin, the same thing would take me 20 years to learn,” says Nepal Army Major General (Ret.) Bharat Kesher Simha.

For most people of his time, Khaptad Baba—his life and spiritual practice—remained something of an enigma. But his writing revealed bits of it. In Essentials of Vedanta, he tantalizes spiritualists with anecdotes from his own journey: “During the course of practice, one day you will feel that you have separated yourself from the body. How you leave the body remains unknown at the outset. You are suddenly startled, when you have completely separated and when you enter into the new plane, sometimes with blue-colored sphere around, sometimes with partial illumination mixed with darkness or with golden light. You have an airy ethereal feeling. By chance, through effort, you are able to separate from the body once in a month in the course of sadhana. If you plod on with patience, perseverance, and firmness, you will be able to leave the body at will and stay for a longer time in the new plane with the new subtle body. Silence and solitude alone is sine qua non to achieving this end. Too much talk is simply a waste of energy.”

Khaptad Baba was often asked about his views on religion. His answer was always “Get rid of the feeling that religion is something ancient, orthodox, belonging to the 13th century. Religion is a science.”

KAPIL BISHT is a freelance writer based in Kathmandu whose grandfather told him many stories about Khaptad Baba.