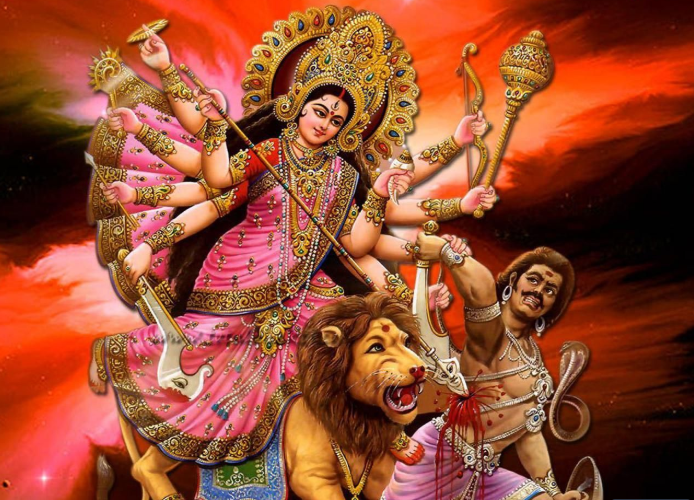 The greatest festival of the Bengali community, Durga Puja ranks among the popular festivals in India. Durga puja is one of the religious festivals of India which is celebrated throughout the country with great devotion. It is celebrated in the honour of celebrating the unfathomable power of Goddess Durga. It is celebrated during the span of whole period of Navarathri for 10 days dedicated to the worship of Goddess Durga. It is widely celebrated in West Bengal and other parts of India. Massive fanfare and celebration takes place during the Durga Puja. 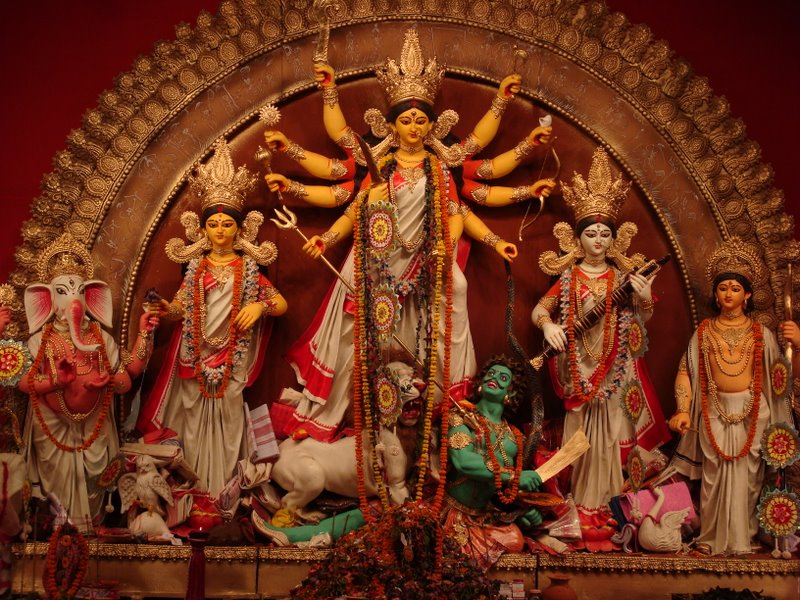 Durga Puja is usually celebrated during the months of September and October. The beginning of the festival is marked with Mahalaya, which takes place seven days prior to the main festival. The main festival takes place after seven days. The festival consists of Shashthi, Maha Saptami, Maha Ashtami, and Maha Navami. Vijaya Dashami is the last day of the festival during when the immersion of the Durga idol is done. On the day of Vijaya Dashami, people meet each other and exchange greetings and young people pay their respect to elders.

According to the ancient times, it is said to be known that Mahishasura, a buffalo demon worshipped Lord Brahma with great devotion to request a boon. His boon was that no man or deity would be able to kill him. Lord Brahma was pleased and granted him the same. After this, Mahishasura started to misuse his powers and started spreading terror and damage to innocent people. Soon he started attacking gods with his super power. To put an end to this Lord Vishnu, Shankara, Brahma and other gods combined all their powers and gave birth to Durga who has ten hands. She has different powers in each hand, by which she defeated Mahishasura and killed him. Hence the name Mahishasura Mardini. This day is celebrated as Durga Puja. 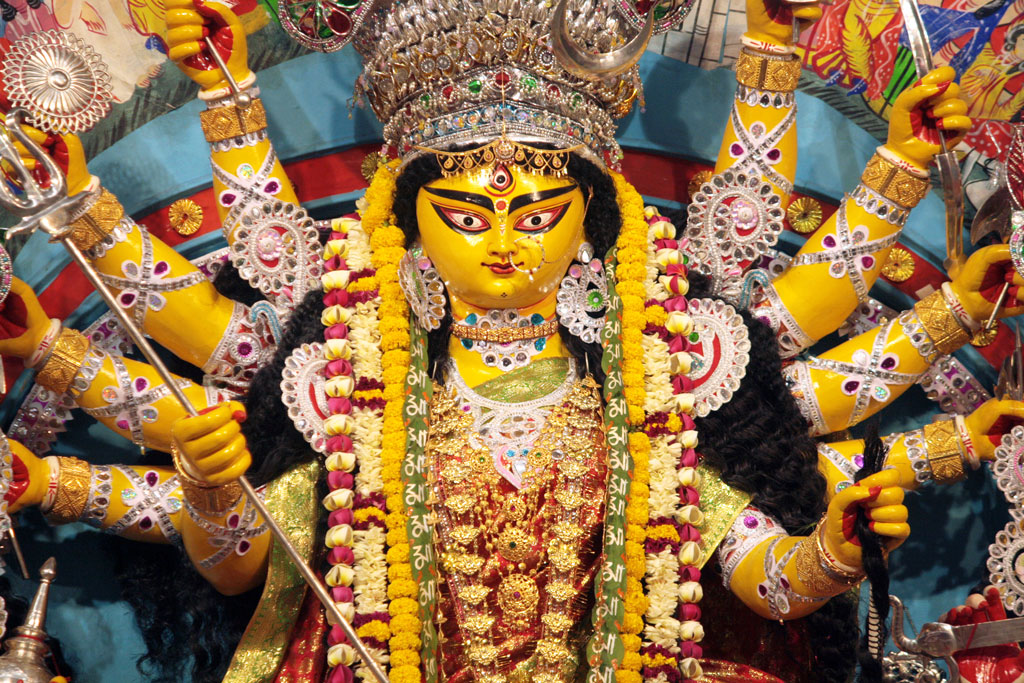