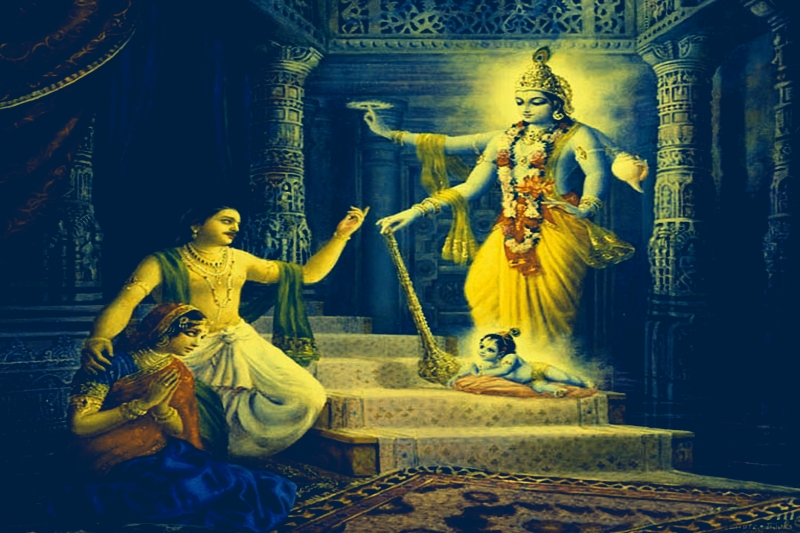 Krishna was the son of Devaki and Vasudeva. The tale of lord Krishna’s birth is recited and remembered on the day of Krishna Janmashtami. It is an annual festival that celebrates the birth of lord Krishna in Mathura at midnight, on the eighth day of Bhadrapada month.

Krishna is known as the eighth avatar of lord Vishnu and his life marks the passing of Dvapara yuga and the beginning of Kali yuga. The main significance of Janmashtami is to encourage goodwill and to discourage bad will.

Seeing their first seven children being killed by the cruel king Kansa, Devaki and Vasudeva feared giving birth to their eighth child. One night Lord Vishnu appeared before them and told them that he will return in the guise of their son and rescue them from Kansa’s atrocity. The divine baby Krishna was born in an era of chaos which was filled by evil everywhere.

Soon after his birth, while lord Vishnu cleared all the obstacles from Vasudeva’s path, he took Krishna across the river Yamuna and reached to a safer house in Gokul. The divine baby Krishna was raised as a cowherd in Gokul and became a skillful musician. On his return to Mathura, he slayed Kansa and restored his father Vasudeva to power. 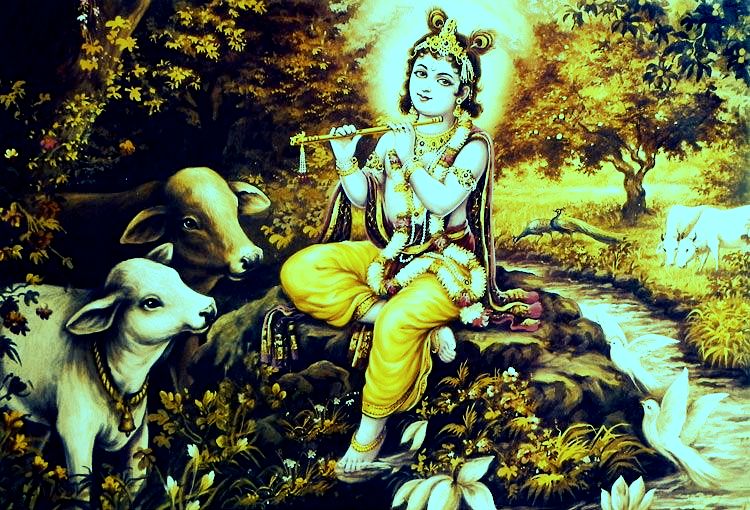 The actual celebration of Janmashtami takes place during midnight. All over India this day is celebrated with devotional songs and dances, pujas, arti, blowing of the Conch and rocking the cradle of the divine baby Sri Krishna. On this day temples and homes are wonderfully decorated and illuminated. Night long prayers are offered and religious mantras are sung in the temples.

Significance of Varalaksmi Vratham
The origin of lord Ganesha
Comment