Importance of specific
substances in the worship of Shri Ganapati

In what numbers should the durva be offered ?

Odd numbers are associated with the Shaktitattva (Divine Energy Principle). Durva is mostly offered in odd numbers (minimum of 3 or 5, 7, 21 etc.). This facilitates entry of Shakti into the Idol to a greater extent.

The entire body of Ganapati Idol, excluding the face, should be covered with durva. In this manner, the fragrance of durva will spread around the Idol.

Since the Idol is covered with durva, this fragrance will assume the form of the Ganapati Idol and facilitate attraction of Pavitraks of Shri Ganapati to this form.

This is known as ‘awakening the Idol’. To retain the Pavitraks in the Ganapati Idol, durva is changed thrice a day. That is why, ritualistic worship is performed thrice a day.

Do not cause harm to Dharma by worshipping Idols of Shri Ganapati which are not made according to the scriptures !

In the scriptural sense, each Deity has its own presence. The energies related to words, touch, taste, form and fragrance reside together. According to this, if we do not prepare the Idol correctly as per the scriptures, we cannot obtain the blessings of the Deity. Thus, a devotee worshipping such an Idol will not obtain any benefit, say the scriptures. At the same time, this act will also amount to a denigration of the Deity.

Sattvik Idol of Shri Ganapati made by Sanatan Sanstha

According to the science of vibrations, the vibrations emitting from every figure change as per the combination of Sattva, Raja and Tama components in it. When the figure is altered, the proportion of these changes too.

So is the case with the Idols of Deities. Even if there is a slight change in the height, size or form of Shri Ganapati, there will be a change in the overall vibrations of the Idol. Hence, we have to understand the subtle vibrations and then sculpt each part.

Sanatan has made such an Idol that attracts 28.3% of Ganesh Principle. (A maximum of 30% can be attracted in Kaliyug to any Idol or picture.) 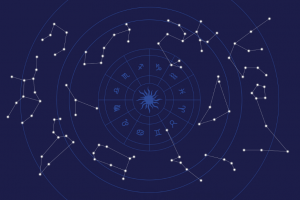 How do the clothes we wear affect us ?
Nepal: The Ageless Doctor turned Recluse Khaptad Baba
Comment