4. Pitrutirtha: When should it be done?

When a human being dies, its subtle body gets freed from the dead body after performing the ritual of Shraddha and it gets position in the subtle plane meant for souls of dead persons. At that moment it assumes the designation of Pitar.

After performing Sapindikaran Shraddha (Shraddha performed one day prior to one-year completion after the death of the person is called Sapindikaran Shraddha), the soul that has assumed the designation of Pitar now joins other Pitars and then gets further categorised as Parvan. Also, it gains authority so as to allow its descendants to perform Parvan Shraddha for it.

When there is a male person whose father is alive, then such a person does not have authority to perform Shraddha. But he has right to perform Shraddha for his mother and grandfather (mother’s father). Also, generally, he even does not have the right to perform rituals of Narayannagbali, Tripindi etc; however if these rituals are performed with the objective of conceiving a child, then the jivatpitruk can do so. In order to perform ‘Apasavya’, a jivatpitruk can only hold the thread in the thumb of the left hand and cannot hold it completely in his left hand.

During the ritual of shraddha, the deity and the deceased ancestors’ soul are invited by offering grass twigs (darbha) to them. This is called the offering ‘kshan’.

During Shraddha, after finishing offering of Pinda (Pinda daan) and worship of Pinda, ‘Savya’ is performed and a morsel of rice is kept in front of the plate with the food offering arranged for the Deity. This is termed as Vikir.

After performing Vikir, ‘Apasavya’ is done and a morsel of rice is kept in front of the plate which has the meal arranged for deceased ancestors’ soul. This is called as Prakir.

After performing Prakir, pinda is kept for the ones who have died by getting burnt in a fire or due to partial burning, or for the dead foetus, near the plate of food arranged for the deceased ancestors’ soul or close to other offerings of pinda.

If two shraddhas occur on the same date (as per Hindu calendar) then it is termed as Shraddha Sampat.

A) Significance and meaning

‘Trup’ means satisfying others. The word ‘Tarpan’ has been formed from the root word ‘Trup’. Offering water to God, Sages, ancestors’ soul and human beings and satisfying them through it is called tarpan.

The objective of performing tarpan is that God, deceased ancestors’ souls etc. whose names are pronounced while performing Tarpan, should bestow happiness on us.

1. Bodhayan has mentioned that ‘Tarpan should be performed at the riverside’. While performing Tarpan at the riverside, one should stand in the river so that the water level touches the belly button or one should perform tarpan by sitting on the banks of the river.

(Original meaning of word ‘anjali’ is handful (‘onjal’). In this context, however, ‘giving one handful (anjali) of water for tarpan’ is to indicate that the tarpan should be given only once – Compiler)

Offering of water to deceased ancestors’ souls (pitar) is called as Pitru tarpan. A Jivatpitruk is not allowed to perform Pitrutarpan.

Apart from expectation of Pinda and offering of food to priests (Brahmins) from its descendants, the deceased ancestors’ souls also expect offering of water (udak) from them.

By performing tarpan, the deceased ancestors’ souls not only get satisfied and leave us, but they also bestow long life, radiance, superior intellect (brahmavarchaswa), wealth, success and foodstuff (ability to digest the food consumed) on the host performing the tarpan and satisfies him too.

When should it be done?

2. Pitru tarpan should be performed on the day following the day on which Parvan Shraddha is performed.

2. Tila tarpan (as a part of Shraddha) should be offered to the same number of ancestors’ souls for whom the shraddha has been performed.

1. Sesame seeds are the favorites of deceased ancestors’ souls. 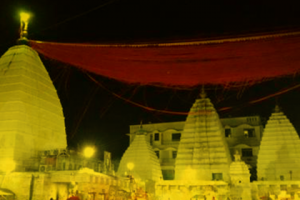 How to perform Mahalaya shraddha in Pitrupaksha during the Coronavirus pandemic ?
Pitru-paksha
Comment