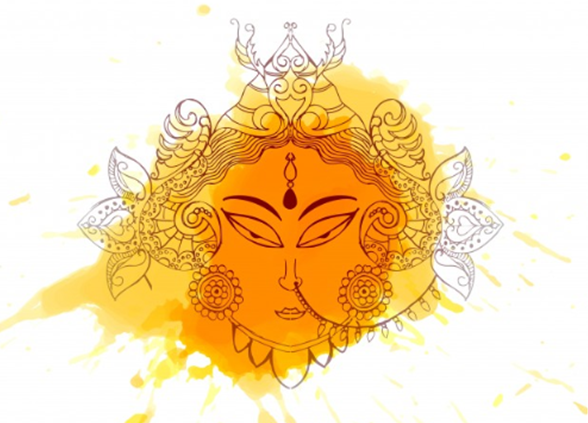 A joyous festival of Hindu community which is observed over a period of nine nights during the month of October. Navratri is one of the famous festivals of India. It is celebrated all over India worshipping the goddess Durga maa.

We can see the festivity everywhere all the nine days over different places in India. Goddess Durga has nine avatars, so each day is dedicated to one of the nine avatars of goddess Durga. This festival represents the victory of good over evil. According to the history, it is believed that goddess Durga fought with Mahishasur for nine days and the last day, when she defeated and killed the evil Mahishasur is known to be Vijayadashami.

Almost everyone celebrates this festival with much more enthusiasm and energy. Temples are vibrantly decorated and the devotees start preparing for the festival very much in advance. The celebrations of this festival include fasts, strictly vegetarian diet, Japa (chanting mantras in honor of the goddess Durga) and recitation of religious hymns and prayers in the name of goddess Durga. Beats of dhols, dances, colourful displays and of course delicious food become part of the festivities. The streets during Navratri are indeed a treat to your eyes, a magical time for sure.